A midarm quilting machine might be the perfect solution if you’re looking to sew larger quilts but don’t need the commercial utility of a larger machine. The definition of a midarm quilter varies based on who you speak to. A general rule of thumb is that a midarm has more throat space than a standard sewing machine but less than a large throat.

We may receive compensation from the companies whose products we review if you click through our affiliate links. As an Amazon Associate we earn from qualifying purchases. The price you pay is the same.

Our Picks for Best Midarm Quilting Machines to Buy 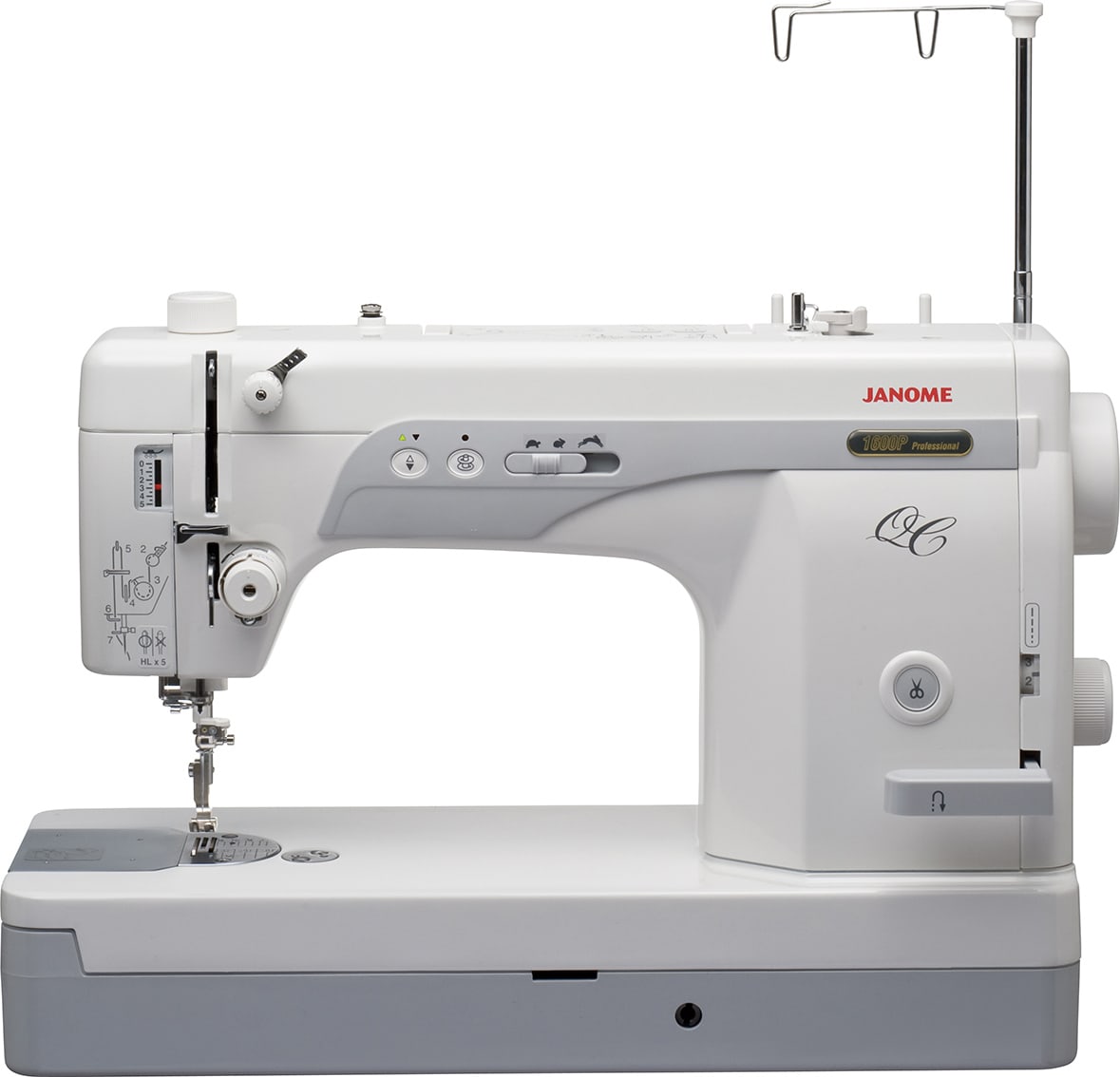 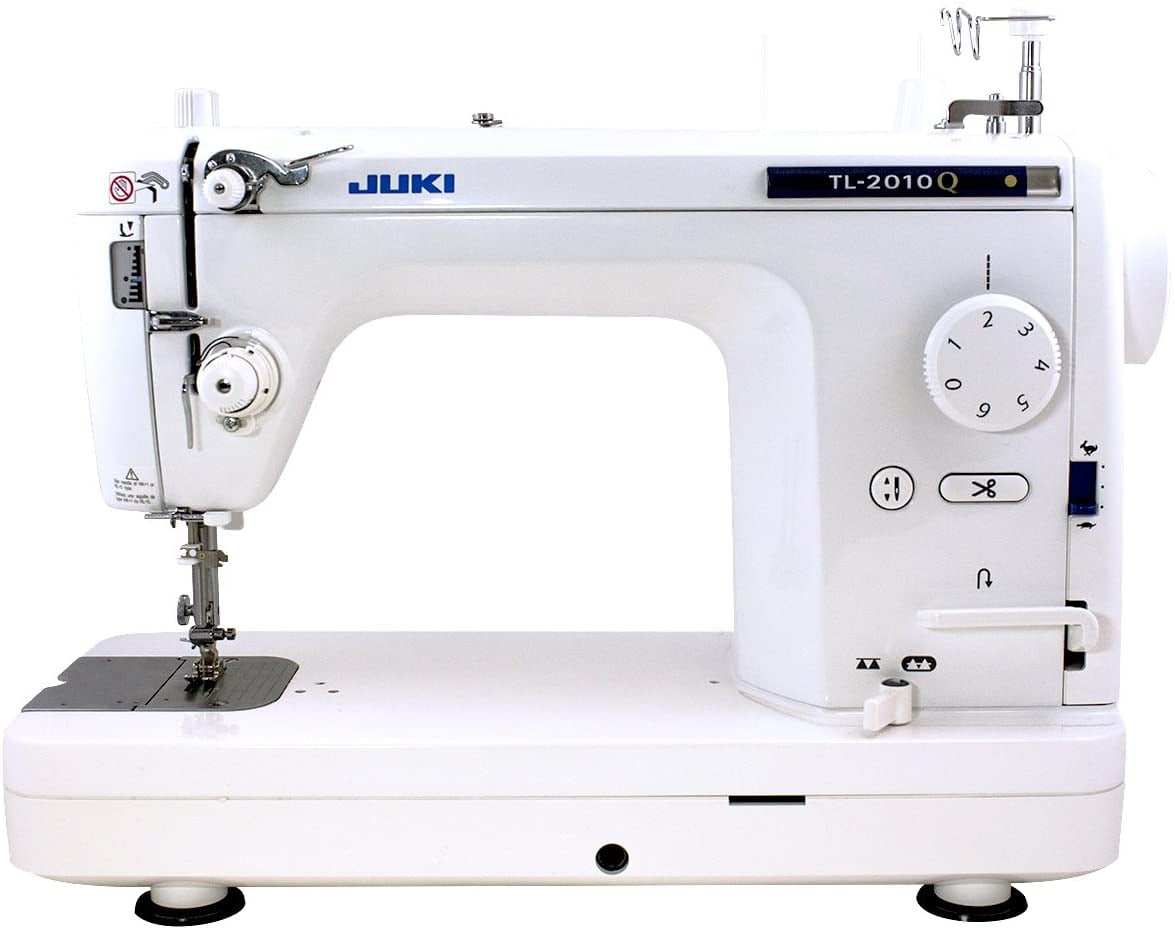 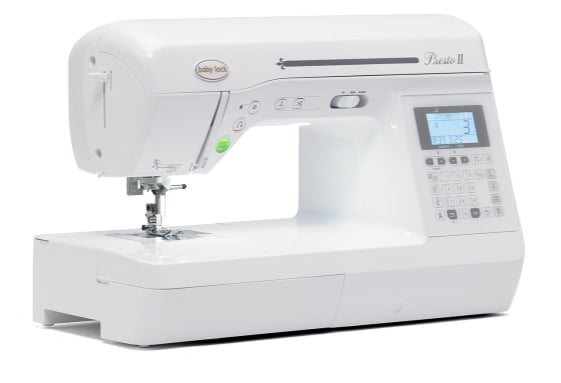 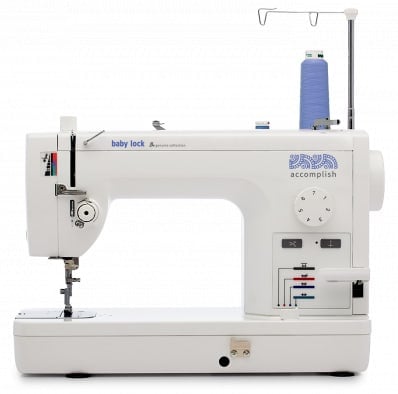 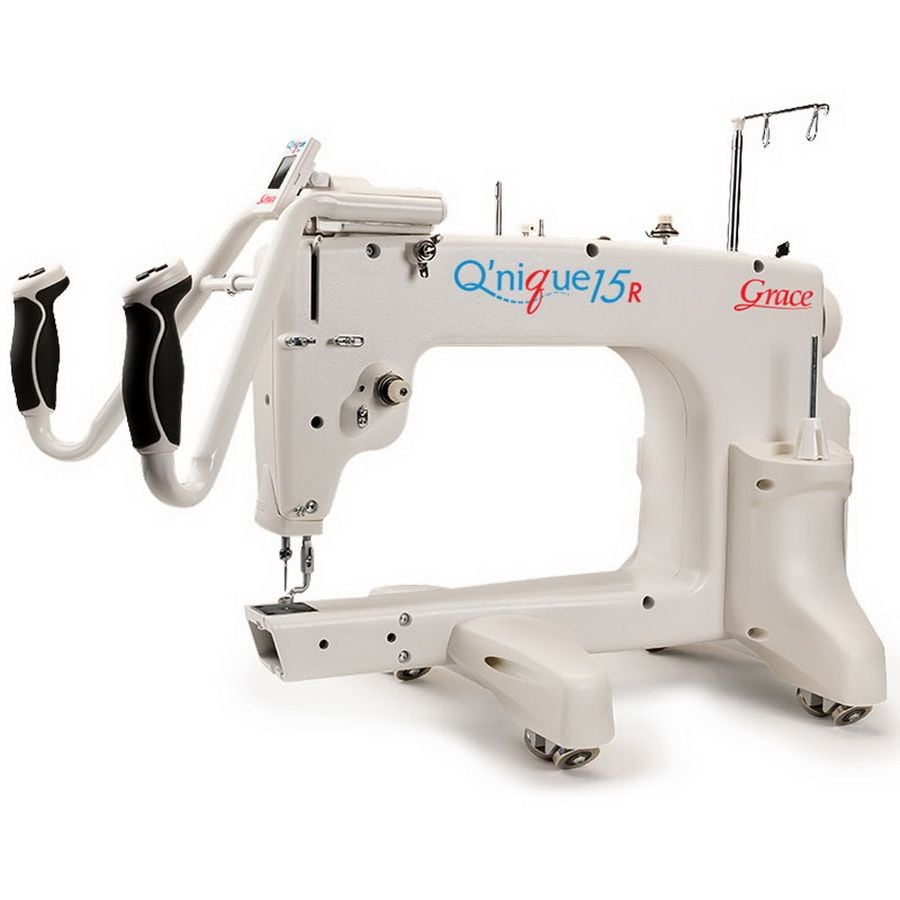 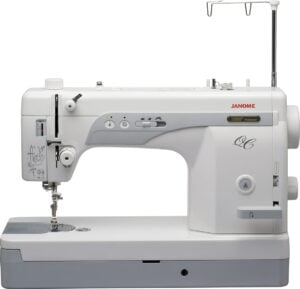 Usability is excellent, and just about anything that you need to do seems like second nature.

This midarm stitches at up to 1,600 stitches per minute, making it the fastest midarm quilting machine money could buy when released.

A few features we love and think you will, too: the comfortable, ergonomic knee-lift has a wide range of adjustability, working area is just about 9 inches by 6 inches, and a side-loading bobbin which is convenient even when the machine is in a quilting frame. More of the long, long list of features of this machine are below. Other features include: 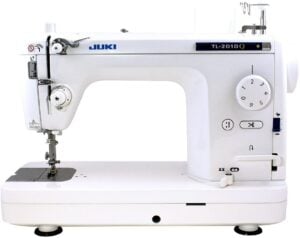 Juki combines portability with excellent quilting and sewing capabilities into this midarm machine. The TL-2010Q is a single needle, lock-stitch, portable machine that is sturdy and powerful. It delivers near silent, professional stitches and works well with both lightweight and heavy material.

What might be most surprising is how affordable this sewing machine is. The features and build quality rival those of industrial machines and the usability is both beginner friendly and great for the serious quilter.

Adding the auxiliary table creates a 23 inch work area which is more than adequate for sewing projects and for quilting, too.Notable features of this midarm include: 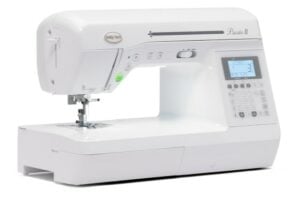 Baby Lock followed up their popular Presto with the Presto II midarm quilting and sewing machine and the sequel is even better than the original. The intuitive touchscreen interface gives quick access to everything you’ll need to adjust while sewing or quilting. 850 stitches per minute combined with the multiple lettering/alphabet styles and stitches makes quilting not only fast but also fun!

Stitch width is variable up to 7mm and stitch length ranges from 0 to 5mm. The included 100 built-in stitches break down to 69 utility stitches which include 7 single-hole button styles and 31 decorative stitches. Take your quilting passion to the next level with this incredibly capable midarm quilting machine! Features include: 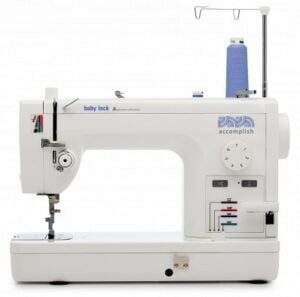 Our second Baby Lock in our Midarm quilter round-up is the Baby Lock Accomplish Sewing machine. The Accomplish is another high-speed stitcher from Baby Lock.

This is a great choice for someone considering the Presto II midarm quilting machine who is unsure about using a computerized or touch-screen machine. In many ways it outpaces the Presto II.

The Accomplish stitches at 1,500 stitches per minute and the extension table is included. 1,500 SPM means your quilting projects will get done fast. The extension table adds more than 23 inches of working space for quilting or sewing projects, too. While priced in the premium range, the quality and features are why this is one of the best midarm machines available today. 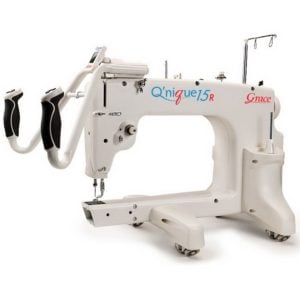 Another machine I tested but have not purchased is the Q’nique Quilter 15R. Now, this is a true midarm commercial quilting machine with a generous throat space. It is designed for one thing: quilting. I wouldn’t recommend using this machine for hobby-sewing because it is squarely in the expensive category. But, for the semi-pro quilter or for a business this is a strong workhorse that can pretty much sew any size quilt.

It is a fast machine – up to 1800 stitches per minute – but you can control the speed to suit your needs. This is a machine that requires you to get a few extras to set it up properly. For example, you’ll need to get a frame for it such as the Grace Q-Zone Hoop.

What is a midarm quilting machine?

The throat of the sewing machine is measured by calculating the distance between the upright arm and sewing head,  as well as the base to the bottom of the horizontal arm. When talking about throat size, it is the width that is being referenced. Sewing and quilting machines are often described by the throat width. 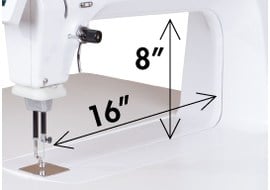 What are midarm sewing machines used for?