A brief history of the sewing machine 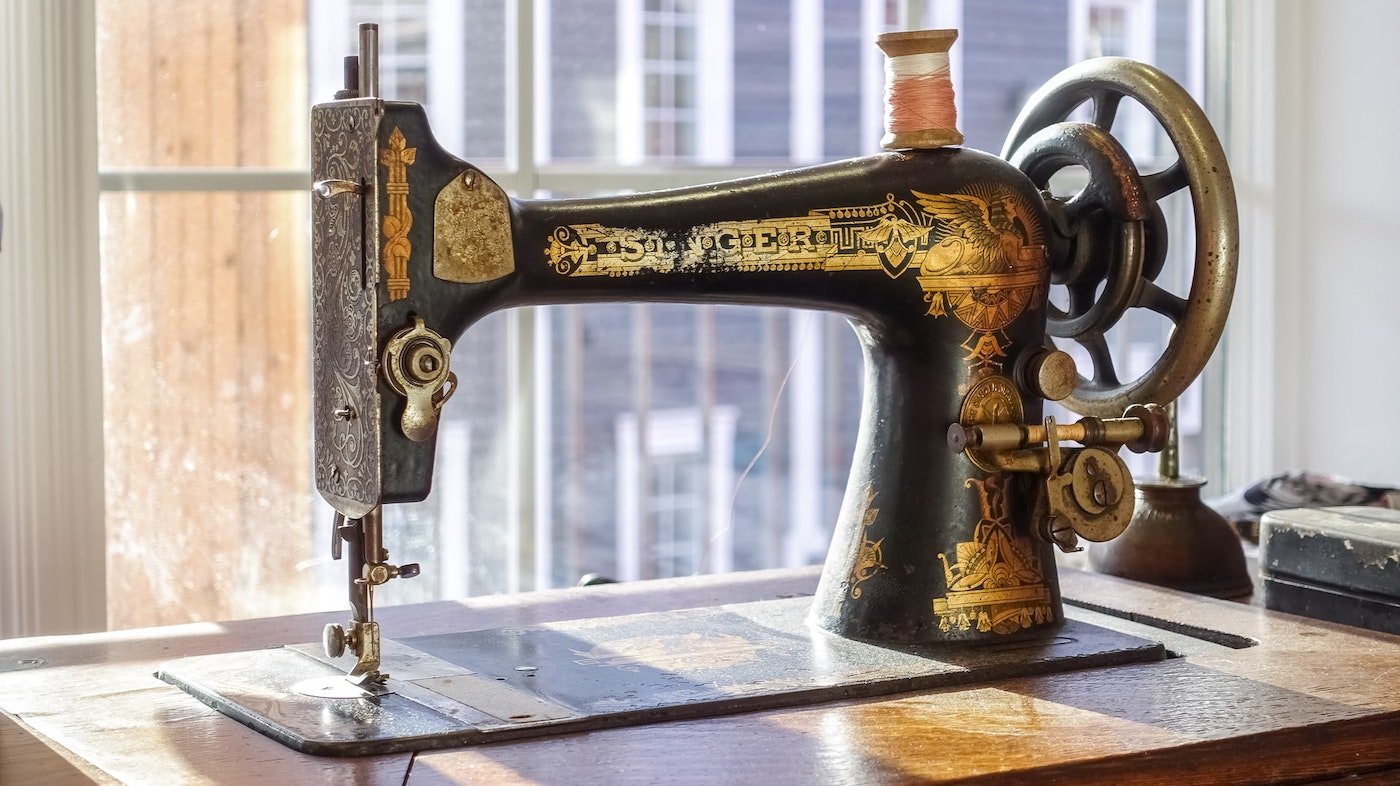 Imagine a time when ready-made clothing wasn’t accessible. We have become so accustomed to running out to the store or the mall on any given day and not only finding something ready to wear but having a choice of size, color, fabric and style that we don’t think about how commercial clothes making has changed our world. If it were not for the sewing machine, things would be very different.

Sewing with thread and needle

The first mechanical machine was produced around 1755 and over a number of years various inventors from all over the world worked to create something that would fulfill the need for a faster way to stitch materials into garments and other necessities.

Whether to make sails or shoes, uniforms or everyday clothing, sewing with a needle and thread was a tedious and time-consuming enterprise. So many attempts were made at producing a machine that would simplify that process that it is debatable who invented the first sewing machine.

Today purchasing a sewing machine, serger, or even a large-throat quilting machine is just a click away. It’s hard to imagine a world before the sewing machine. Below is a timeline of key moments in the invention’s history.

The first practical sewing machine for home use

Although many patents were actually filed both in the United States and Europe for working sewing machines, Elias Howe made one that became popular and practical for household use. So few of the of the previous versions had been sold that the projects were frequently abandoned when their inventors failed to make any money. Mistakes were made, as well, such as failing to file a patent on the design and then having the plans stolen.

The Massachusetts entrepreneur Howe’s wife was the inspiration for a mechanical device that would eliminate the long hours of hand-stitching clothing. While unemployed due to a disability, his wife had taken in sewing projects to support the family. Seeing how long and hard she worked, he became determined to invent a practical sewing machine that would shorten the process and save women like his wife from that hard work.

The path to a working prototype

Being out of work and not having the funds to devote to the design, though, the dream of producing the first practical, working sewing machine was delayed. He was saved, however, by George Fisher, a generous friend who was also had a keen business mind. His initial investment of $500 would enable Howe to pursue his dream. He even invited Howe and his family into his home so that there would be no obstacle to his working on a prototype.

In May of 1845, Howe had designed a machine that could sew seams. He wanted to demonstrate how the machine saved time so he set up a display that featured seamstresses competing against it. While the speed of the machine was impressive compared to hand-stitching, the public was still wary and the local tailors were concerned about the machines threatening their livelihoods.

Howe was discouraged but continued working, assisted with additional capital from his friend. He built a second version of the machine and was awarded a U.S patent. There was still little interest and he went to England to help his brother with a machine designed to sew corsets.

Upon returning home from that project several years later, however, he found that the sewing machine had become popular while he was away. Seeing that the machines being sold were based on his original design, he pursued the makers in court and won.

The machines had gained popularity first in Massachusetts, then around the country and then the world. By the year 1900 sewing machines were producing not only clothing but cloth bags, tents, flags, banners, mattresses and linens.

Elias Howe was only 48 when he died in 1867. His company was purchased from his brothers-in-law by a competitor, Isaac Singer. Upon acquiring the design, he gained fame for spending $1 million dollars in advertising. It was very successful. Although numerous other manufacturers had entered the competition, Singer remains almost synonymous with the sewing machine today.

Although ready-to-wear clothing was becoming common in the late 1880’s, homemakers still purchased sewing machines to make clothing at home to save money. Women’s magazines featured designs and tissue paper patterns like McCall’s and Butterick’s were available as templates.

Early models of some sewing machines were operated by constantly turning a handle. Others used a treadle. To create the chain stitch, the woman would rhythmically rock her foot to control the speed at which the needle would move through the fabric.

Many manual machines are still in use today but the sewing machines of today bear little resemblance to those first machines. Today, even sewing machines for beginners are electric and make short order of sewing projects. They have touch screens, single-needlelock stitch, overlock, flatlock and chainstitch capabilities.

Without a doubt, the sewing machine has had a profound impact on not only the clothing industry but the industries that support it. Demand for clothing resulted in increased cotton production, parts manufacturers and shippers. Beyond clothing, sewing machines are necessary for the manufacturing of other household goods such as upholstery, curtains, and towels.